D4D will be broadcasting these 3 special speakers from the 2018 Designing for Digital Conference. Check out the three excellent sessions you can watch for free and sign up for access!

As a researcher and information architect at NPR, Veronica takes a long view on information structures, helps people communicate better, and gathers real stories from real humans to guide the products NPR builds. She is a recipient of the One NPR Award for her role as a “connector of people” and her work “spearheading and nurturing” communities of remote workers and of digital women at NPR.

Veronica lives in St. Louis, where she delights in gardening with her husband and their dog. 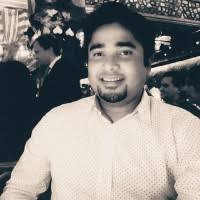 I am Debashish Paul, a product designer at Facebook, where I am helping to solve people problems of visual production and ephemeral sharing. In the earlier part of my career at Facebook, I spent a good amount of time in helping Live and Facebook videos solve some important problems.

I’ve had a fairly long career starting as an interactive developer in a small agency in Kolkata, India. Later, I spent a good amount of my work life helping and learning with some amazingly talented people at Adobe Systems and Yahoo!

I am originally from India, where I grew up and lived for a long time before moving to California few years back. I love solving problems using common sense, and use a dash of creative thinking to fine-tune that common sense. Other than work, I love to travel and do photography. I am generally interested in various mediums, surfaces and mechanisms to tell simple but impactful stories.

danah boyd is the founder and president of Data & Society, a Principal Researcher at Microsoft, and a Visiting Professor at New York University. Her research is focused on making certain that society has a nuanced understanding of the relationship between technology and society, especially as issues of inequity and bias emerge. She is the author of “It’s Complicated: The Social Lives of Networked Teens” and has authored or co-authored numerous books, articles, and essays. She is a 2011 Young Global Leader of the World Economic Forum, a Trustee of the National Museum of the American Indian, and a Director of Crisis Text Line. Originally trained in computer science before retraining under anthropologists, danah has a Ph.D. from the University of California at Berkeley’s School of Information.

We also welcome you to watch a talk from danah boyd presented during the co-located Electronic Resources and Libraries conference, entitled, “The Messy Reality of Algorithmic Culture“.